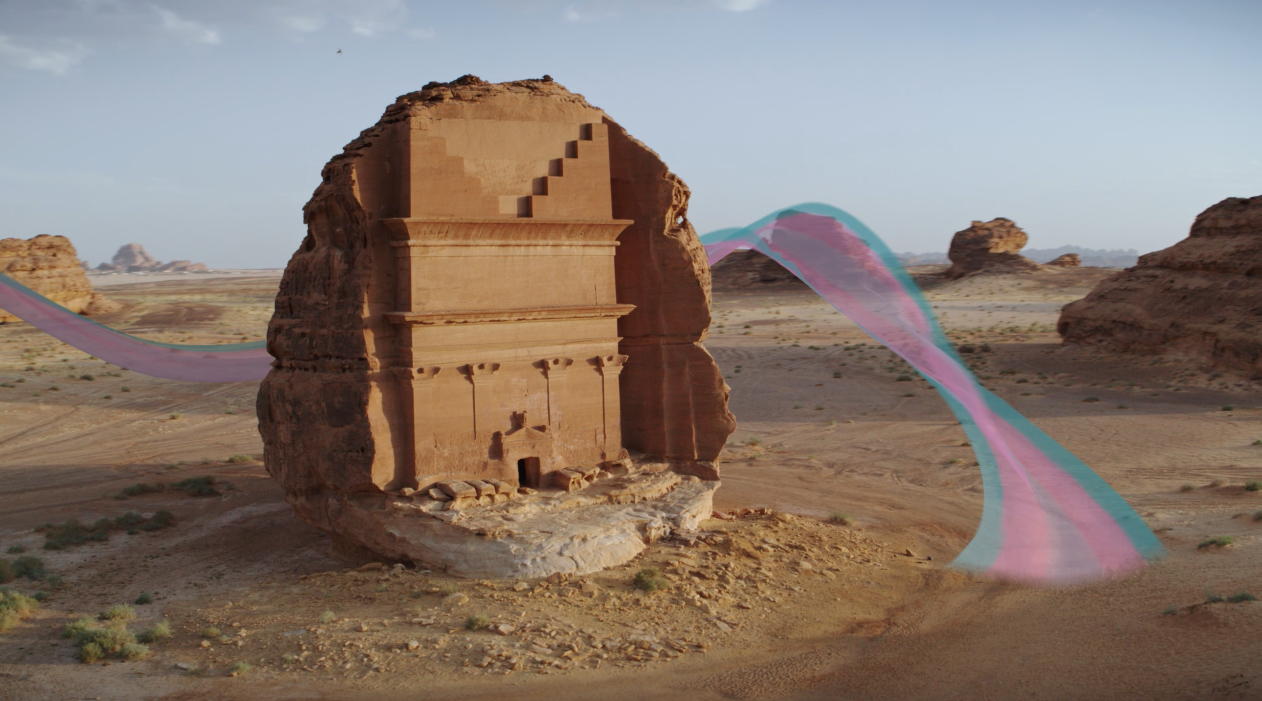 In the footsteps of the Nabataeans in Saudi Arabia: The Kingdom is opening up to international tourism and revealing the country’s historical sites. Hegra, Saudi Arabia’s first UNESCO World Heritage Site, is located in the governorate of Al Ula in the Medina region. The Nabataeans built it more than 2,000 years ago. Besides Petra in Jordan, Al Ula is the only extensively preserved settlement of this mysterious culture.

In 2018, the Tourism Authority of Saudi Arabia initiated the “Winter in Tantora” together with the Royal Commission Al Ula: a unique annual cultural festival where international music stars such as Andrea Bocceli or Yanni performed in a concert hall built especially for the event. The hot-air balloon festival was also fascinating, allowing completely different perspectives on the historic buildings. The multimedia show “Light and Life” celebrated life and light in a setting that is unique worldwide.

To market the festival as well as the Al Ula region, we created footage of the iconic historic buildings from both the air and the ground using state-of-the-art drones and high-resolution film cameras. The animation of a silk scarf flowing like a river of creativity through the architectural masterpieces became an essential key visual in the international communication and promotion of the event as well as the region.